The BIOS (Basic I / O System) is the software code that is first started when the computer is turned on. It contains all the information needed to boot almost any hardware component of your PC. Typically when you turn on your computer the BIOS performs a self-test or POST as it is called. This is a series of diagnostic tests on RAM and other hardware.

It also initializes all hardware devices such as hard disk memory video and other hardware detects and saves memory addresses for all existing IRQs and ports on the motherboard and calls the program a small operating system known as the boot loader.

Motherboard manufacturers use the BIOS to configure settings for various hardware components including hard disk RAM CD RAM I / O ports and so on. These are usually factory set and what are called factory settings or BIOS setup. Default settings.

The BIOS software code and all settings for the PC are stored on a memory chip provided continuously by the battery. The battery also operates a real-time clock that maintains accurate times. Thus these settings are saved even when the power is turned off.

The motherboard produces and vendors often release updates which can be “flashed” into the BIOS. In some troubleshooting cases, your only option is to update.

To enter the BIOS setup you will need to click [Delete], or something similar when your computer boots. Depending on the PC the key may be different – [Esc], [F1], [F10]. and so. 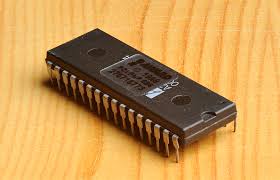 BIOS update and other firmware

There are many reasons why an update is required: the new version offers better stability compatibility or performance; New technical pause thoughts require new features in the BIOS; The device connected to the computer may not work without the newer version, And more and more flashes solve some issues in the previous version of the BIOS.

Although we only cover the flashing of the BIOS to the computer, the procedure is quite similar to another firmware. In all cases make sure you have all the information and procedure before the procedure.

Identify If Your BIOS is flashable

The first step is to detect if you have a flashable device. Peel off the sticker over the chip and indicate the model number. Go to the motherboard manufacturer’s website and look for the model and whether it is flashable.

Once you have determined that you have a flashing BIOS we’re in business.

Note Down The Current Settings

The next step is to list all the current settings. Turn on the computer and enter your BIOS setup. If you have a printer connected and the print screen button is working go to each menu page and print the settings.

Otherwise, write it down by hand. In case something goes wrong you will need to address these set things to reset the BIOS setup.

Get the Latest BIOS updates

Download the flash program that “flashed” the update to your chip. Typically the update and the flash software will be compressed together.

Make sure you have a reliable power supply and your pen drive is not damaged. Copy the flash program to a newly formatted pen drive as in the MS-DOS operating disk. Keep the second formatted disk ready as well.

Make sure the pen drive device is the first boot device in your BIOS settings. Insert the first pen drive and restart the system. You will be taken to the DOS prompt (A 🙂 from which you must type the name of the flash program.

On the screen that appears select the option to save your current BIOS setup to the first pen drive where you only have the flash program. This will be used as a backup in case something goes wrong with your update and you need to go back to your old BIOS.

You will be notified when you are done and asked to leave. Once you are back under DOS prompt remove the pen drive and restart the system. If everything went well you should get the regular POST screen.

After flashing your BIOS with a new version and restarting enter the setup. The first step is to load the factory defaults. This will ensure that all new options are set as the factory default setting which under normal circumstances should be safe.

After loading the defaults the next step is to configure the BIOS for your system-specific settings. Retrieve the screenshots you previously printed and the key in all the settings there.

You can of course change any of these settings if you are sure about what you are doing. As a first step however it is best to use the old settings and check if your system starts with the operating system and everything works as usual.

Recovering from a Corrupted flash

Some of the main causes of flash BIOS corruption are incompatible plug-ins flash updates are canceled due to voltage fluctuations or incorrect image.

If your flash attempt fails do not panic! Such glitches can often be reliably recovered as most newer BIOS codes today include a Block Boot protection option. This type of BIOS has two separate parts.

The first part of the boot block contains information needed to boot only critical system devices such as a pen drive processor memory and ISA video devices. This part is write-protected and cannot be replaced with a flash.

The second part is the flashable part known as a system block and contains all the information needed to boot other system devices such as video storage COM ports input devices other peripherals and performing the POST.

To recover from a faulty flash your system must be able to boot to a pen drive where you have the flash program and BIOS file you want to flash. An ISA video card is preferable but if you do not have one you can still do so. If you have the ISA card you will not be able to see what you are doing.

Reboot the DOS prompt system and repeat the flashing steps described above or the steps specified by your motherboard manufacturer.

If you do not have an ISA video card, create an autoexec.bat file which will run when booting into the DOS system. Use Notepad to create a single-line entry that will contain the name of the flash program followed by the name of the update file along with all the specified switches.

It instructs the DOS command to run aotuexec.bat when the system boots and runs the awd802.exe flash program using the backup.bin BIOS update file. The switches are different options specific to the flash program with the last switch instructing the program to restart after the flicker is completed.

Copy the autoexec.bat file to a pen drive with your flash program and the BIOS update file that you want to use. The pen drive should contain only the basic DOS system files and should not have other files that might load automatically at startup and interfere with flashing.

The example above is for updating the award BIOS. Although the parameters are likely to be different in your specific BIOS version the general approach remains the same:

Be sure to read the manufacturer’s instructions on each switch parameter and how to use them.

What is the Best Diy Mechanical Keyboard Kit?